The Necessity of soft start selection for large 3 phase motor 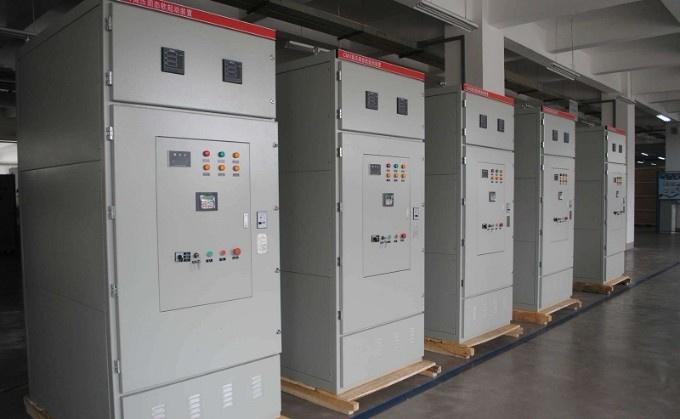 The Necessity of soft start selection for large 3 phase motor

The Large three phase motor driven equipment is generally the core equipment of an enterprise, which directly affects the production status of the enterprise. Therefore, people should pay special attention to its starting. Reasonable selection of starting devices will bring great economic benefits to the enterprise. However, the three phase motor starting technology is not the core technology of an enterprise. After all, the electrical workers in many enterprises have little time to study the differences between various starting methods, which often leads to inappropriate choices and sometimes even have to make the second choice causes undue losses to the enterprise. Therefore, as a professional three-phase motor manufacturer, Shandong Langrui electric motor factory believes that it is very important to faithfully explain the performance of various starting methods and their differences.

The large three phase motors are very expensive and also play a central role in production. A little fault of it will cause great economic loss, so it is necessary to adopt perfect protection for it. For example, we cannot expect a 3 phase induction motor to have the same insulation everywhere. There may be a weak link at a certain point, which can pass the factory test, but under a long-term impact, this weak link will gradually show up and shorten its life. If we take the 3 phase motor soft starter, the service life of the 3 phase motor can be greatly extended and the harm in the starting process will be reduced to varying degrees.

The impact of the large current from the direct start of large three phase motors on the power grid is almost similar to the impact of three phase short circuit on the power grid. It often causes power oscillations and destabilizes the power grid. There are a large number of high-order harmonics in the starting current, which will cause high-frequency resonance with the grid circuit parameters and cause faults such as the relay protection malfunctions and the automatic control failures. The starting current will be greatly reduced during the soft start, and the above effects can be completely eliminated.

2, Reduce the grid voltage fluctuations and the operation of the other equipment on the same grid

When the soft start is used, the starting current is generally 2 to 3 times of the rated current, and the grid voltage fluctuation rate is generally within 10%, which has very little impact on the other equipment.

3, Reduce the damage of the electric power to three phase motors during starting

A large current generates a large impact force on the stator coil and the rotor squirrel cage rod of the squirrel cage induction motor, which may cause loose clamping, deformation of the coil, and squirrel cage fracture. During the soft start, the impact force will be greatly reduced because the maximum current is small.

4, Reduce the impact of direct starting on the insulation and life of three phase motors

The Joule heat generated by large current repeatedly acts on the outer insulation of the wire, which accelerates the insulation aging and reduces the life. The mechanical force generated by the large current causes the wires to rub against each other, reducing the insulation life. When the high-voltage switch is closed, the vibration of the contacts will cause an operating overvoltage on the stator winding of the motor, which can sometimes reach to more than 5 times of the applied voltage. Such a high overvoltage will cause great damage to the 3 phase induction motor insulation.

By using the soft start, the maximum current is reduced by about half, and the instantaneous heat is only about 1/4 of the direct start, and the insulation life will be greatly extended; when the soft start is started, the 3 phase induction motor terminal voltage can be adjusted from zero, which can completely eliminate the overvoltage hurt.

5, Reduce the damage of three-phase motors to the mechanical equipment

The torque during soft start will not exceed the rated torque, and the above disadvantages can be completely overcome. When the step-down start is used, the above hazards are only reduced to a certain extent; when the soft start is used, the above hazards are almost completely eliminated; the direct start of the independent transformer power supply mode can only be mitigated in terms of grid voltage fluctuations, and other hazards will still exist.